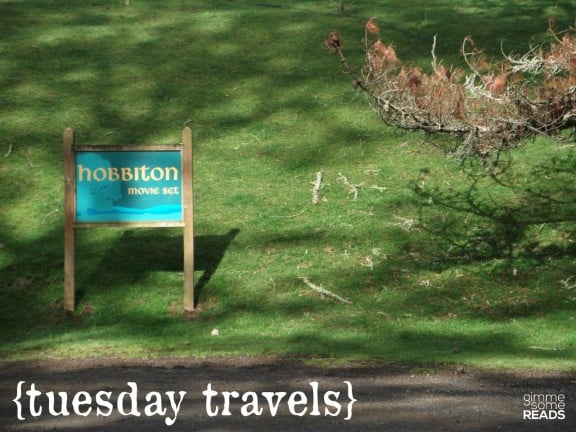 Back in the Fall of 2010, I got to visit some good friends living in Auckland, NZ. Tim, a fellow Tolkien-enthusiast, had kindly waited for my arrival before visiting Hobbiton. So, one sunny day in September, Tim, Mimi, Blaise and I drove south through the fantastically verdant hills, towards The Shire. 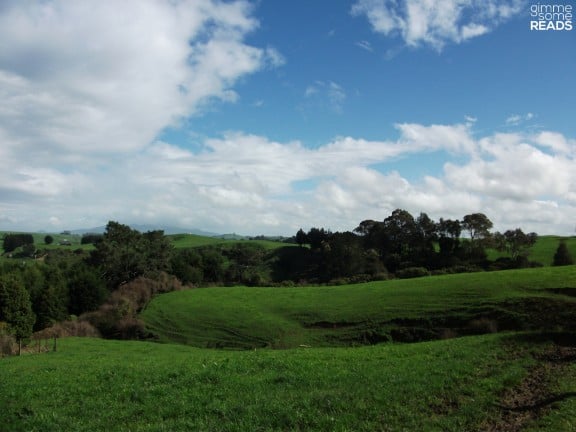 Growing up in the flatlands of southern Kansas, the ocean and mountains have always held an illusive magic for me. In my years of travelling, I have seen many beautiful places, but New Zealand outshines them all. When I visited Kenya, parts of it reminded me of Ireland on steroids, but as Kenya is such a big country and part of such a large continent, its expansive beauty fits its context. New Zealand, is a different story — that two small islands can hold such large scale wonders still astounds me.

Splendour seems to burst from the Kiwi soil. I was constantly struck by the repeated contrasts of light and scale; everything was layered — hills upon hills, waves upon waves, barely seeable distances beyond vibrant foregrounds. To describe it as stunning is not too dramatic. 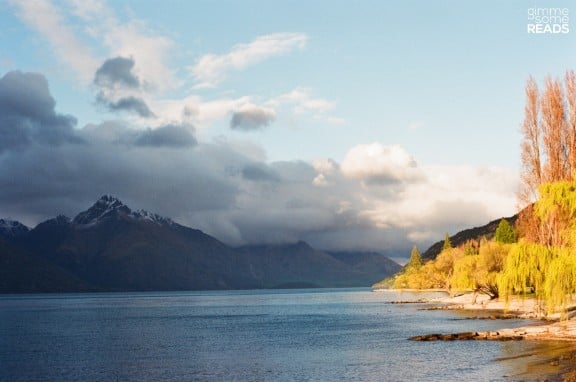 The day before our trip to Hobbiton, my camera broke. As a photographer whose main inspiration is travel, this goes under the category of ‘unspeakably dreadful situation to find yourself in’. At the time I still used a manual film camera, so though I had also brought a point-and-shoot digital, it wasn’t anything special and I didn’t know how to use a ‘fancy’ digital camera. (I thankfully figured out how to fix my film camera a few days later, not in time for Hobbiton, but before my trip to the South Island.)

All my dreams of taking fantastic photos of the Party Tree and Bag End were ended. But, I did capture some of Hobbiton with my little point-and-shoot; plus, Tim kindly shared his ‘fancy’ digital camera; and most importantly (which I sometimes forget) I got to see it with my own eyes. 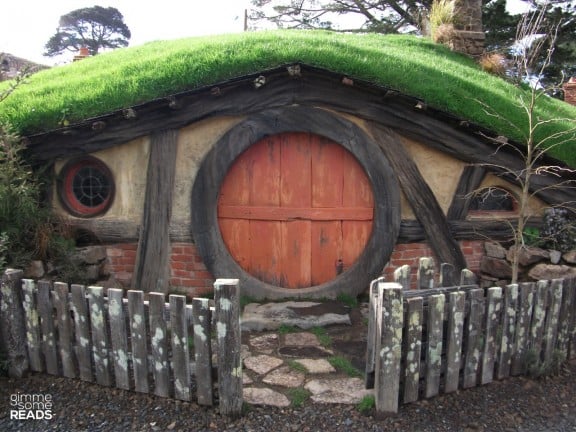 As a dreamer, (that’d be me) there is nothing better than seeing something imagined in real life. Hobbiton was a dream come true. The land is The Shire. 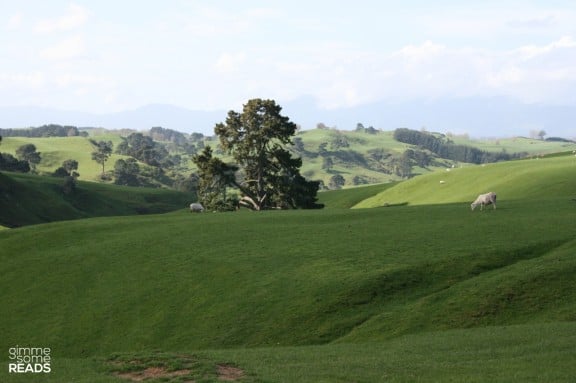 And even though they were still months from filming, the level of natural detail already visible on the set of Hobbiton was amazing. Mossy gates, worn brick and stucco, budding trees. It didn’t matter that the hobbit holes were only about three feet deep; the setting was so real. 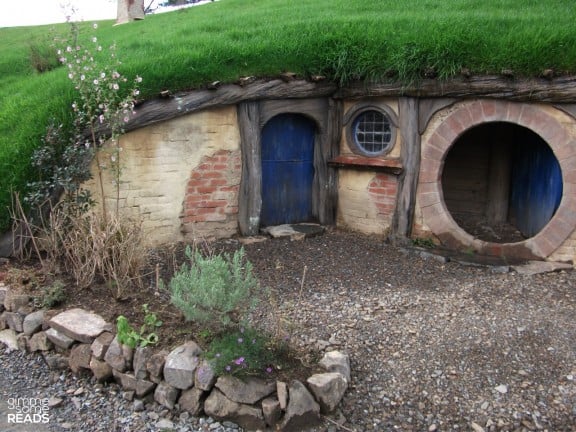 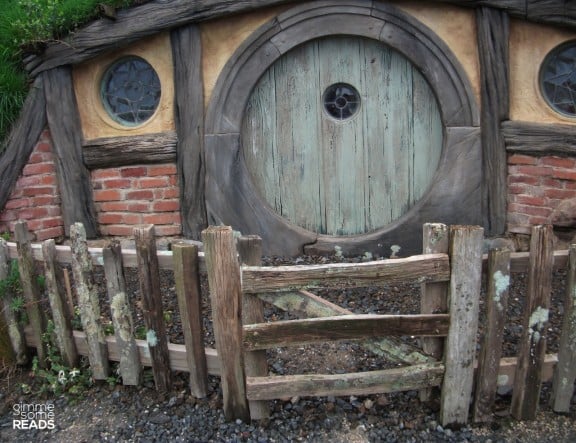 When they were location scouting for Lord of the Rings, the goal for Hobbiton was a green hilly place with a large tree (Bilbo’s party tree!) and a pond. You couldn’t get more perfect than this. 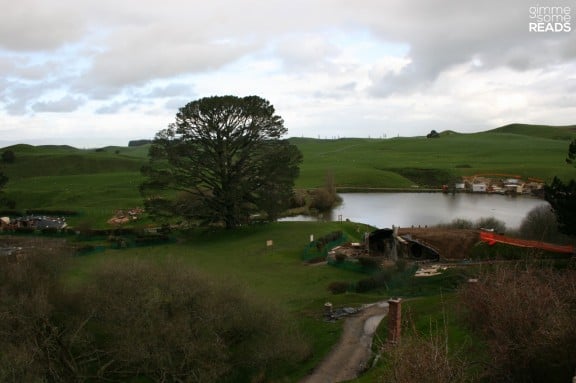 There was still quite a lot of construction going on, and there were key places we couldn’t go — Bag End (up on the hill in the picture below) and the Green Dragon (across the pond in the picture above) — but the magic was still there; and the ‘reality checks’ probably kept me necessarily grounded. 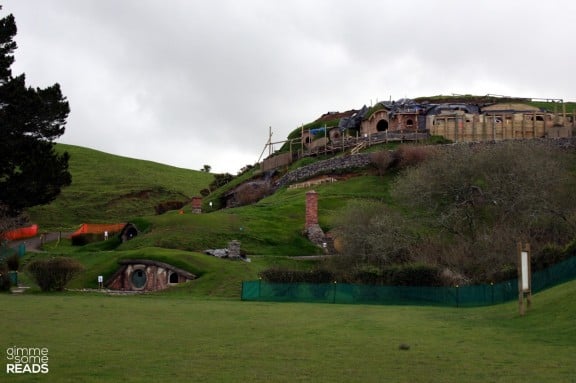 That night when we returned to their house in Auckland, we had to watch the beginning of Fellowship of the Ring to try and pick out the hobbit homes we’d seen. I can’t wait to see Hobbiton again on the big screen this Friday and know that I stood there myself, before the scenes I’m watching were filmed. 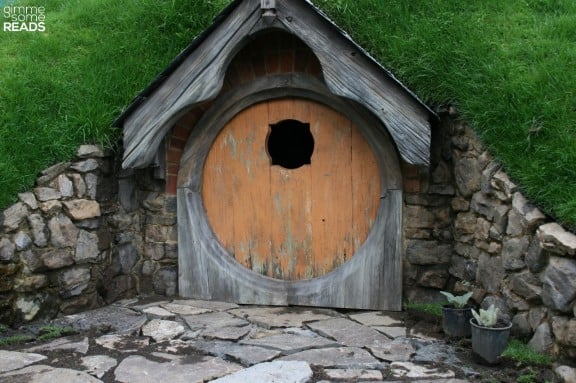 The detailed care taken to bring Hobbiton to life gladdens me. Even though the Shire doesn’t have a lot of screen time in the Lord of the Rings, and likely won’t in The Hobbit either, it sticks with you. Hobbiton is the ‘home sweet home’ that steadies Bilbo on his long adventure to the Lonely Mountain and encourages Frodo and Sam in the bleak darkness of Mordor. 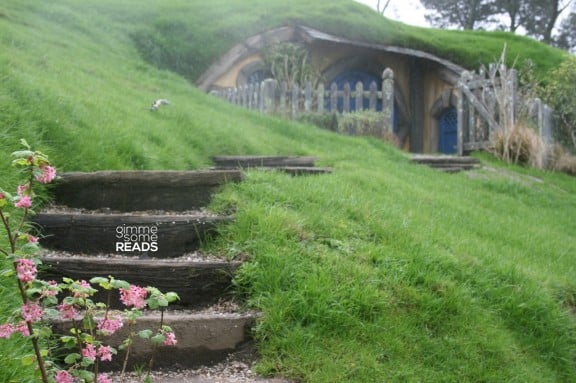 have you ever gotten to see something you imagined come to life?

Enter the Gimme Some giveaways this week!

» Gimme Some Film: Hulu Plus Giftcards