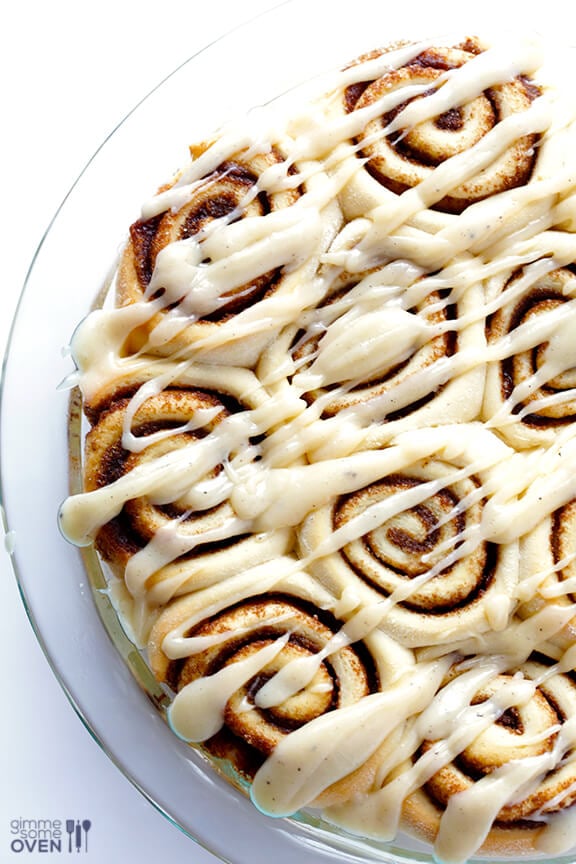 Just when I thought cinnamon rolls couldn’t get any better, well, two words say it all…

I mean, come on! I have made my 1-Hour Cinnamon Rolls recipe a zillion times. But it was not until recently that the idea even occurred to me to brown the butter in it. Once I had the idea, though, you’d better believe I made a batch of these stat. But then I didn’t even think to add brown butter to the cream cheese frosting, so then I had to make a second batch. And then I got so frosting-happy that I poured basically a lake of frosting on them which — while heavenly — was not quite photogenic. So alas, I just “had” to make a third batch with a reasonable amount of frosting. And, ahem, taste test them too. 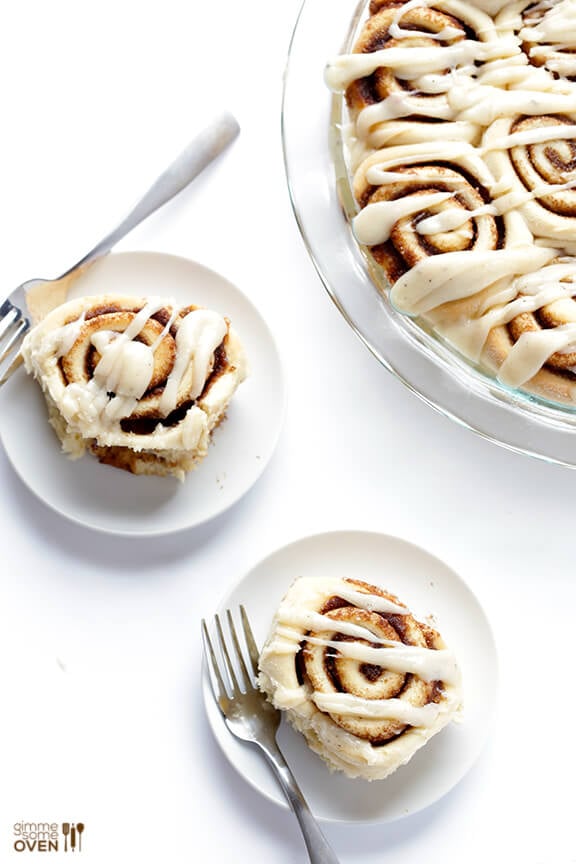 Seriously, though, back to brown butter.

I considered just popping a note in the original 1 Hour Cinnamon Rolls recipe suggesting that people also try it with brown butter. But frankly, this version tasted epic enough that it felt totally worthy of its own super special post. The brown butter changed everything!

Sure, they are still sweet and soft and doughy and cinnamon-sugary as always. But brown butter brings a depth and nuttiness to any recipe that’s unlike any other ingredient. And it’s so easy to make too! 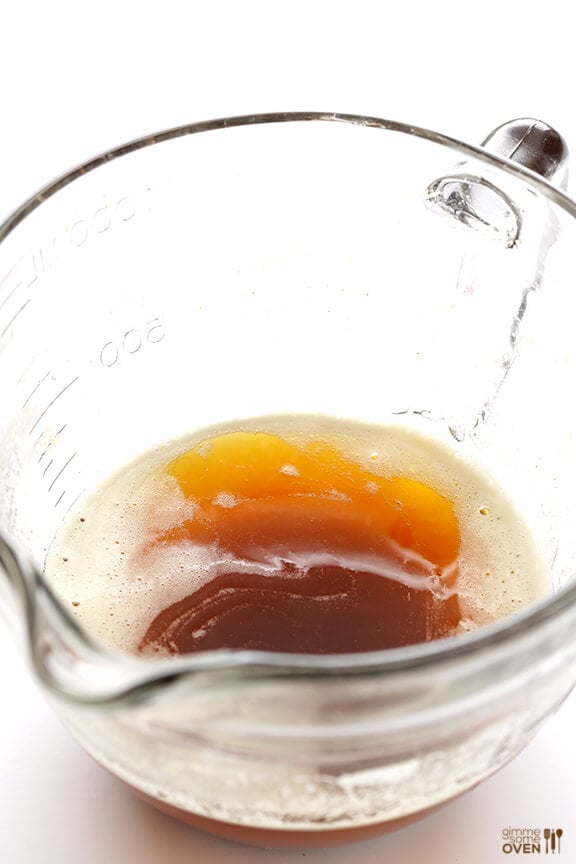 I have included instructions in the recipe below for how to make brown butter on the stovetop (classic). But I discovered a few years ago that it’s also super easy to make in the microwave, and have been doing that ever since. Just pop your butter in a very large microwavable bowl. (You need a large bowl because it will bubble up and you don’t want it to overflow.)  Then microwave it for about 3-5 minutes or until the butter turns a nice amber color. You don’t want it too dark, or it will burn. But you also don’t want it too light, because then it isn’t as flavorful. So aim for a nice middle ground. 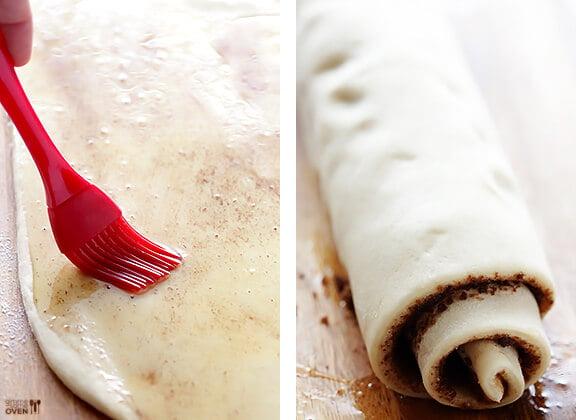 Then mix up your simple dough, let it rise, then roll it out into a large rectangle. Brush some of your melted brown butter on it (and don’t worry if a little spills over the sides of the dough). Then sprinkle it with your cinnamon and sugar mixture, and roll the dough up nice and tight. 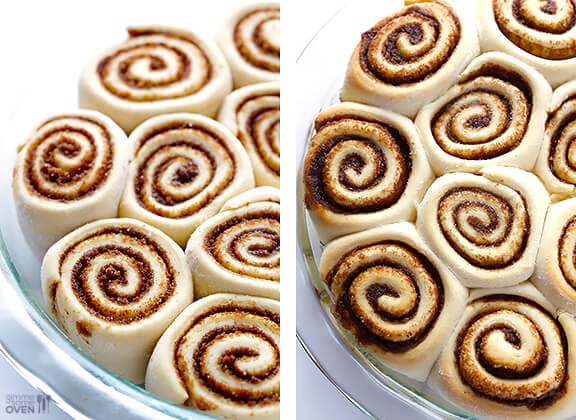 Cut it into 12 equal pieces and place it in a greased baking dish, and let the rolls rise awhile longer. Then bake them for 15-20 minutes until slightly golden on top and cooked through. And whip up your brown butter cream cheese frosting while they are a-cookin’. 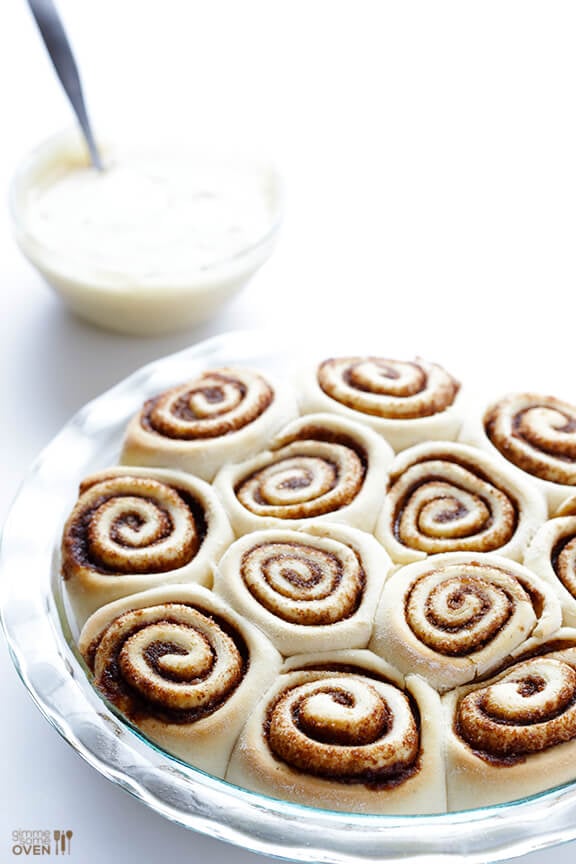 Once you pull the warm rolls out the oven, drizzle them generously (even more generously than my photos) with all of the frosting… 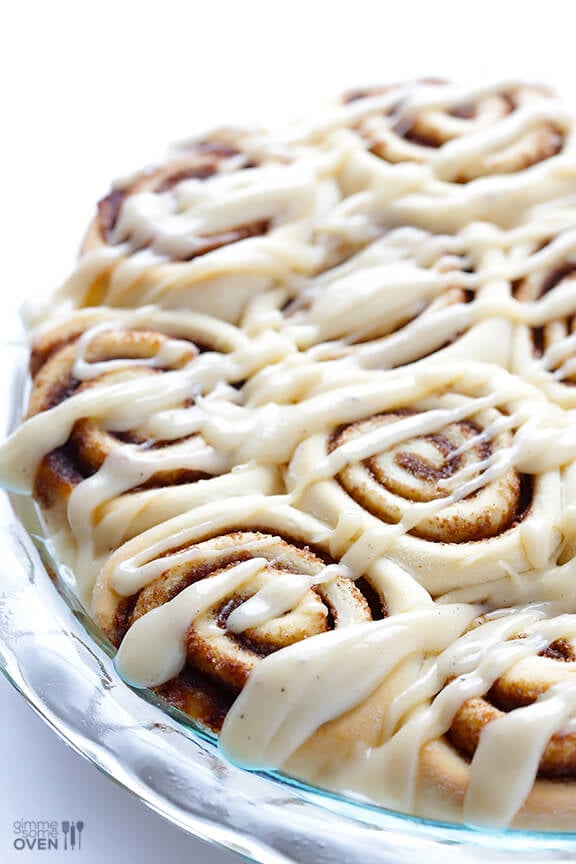 …and then dive in and grab a bite while they’re still warm. 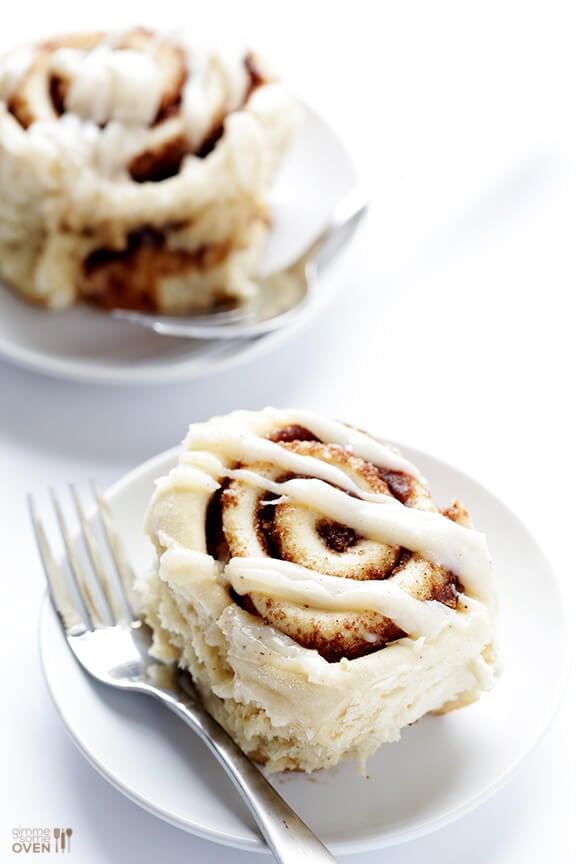 Trust me. Once you try this brown butter version, I’m pretty positive there will be no going back. 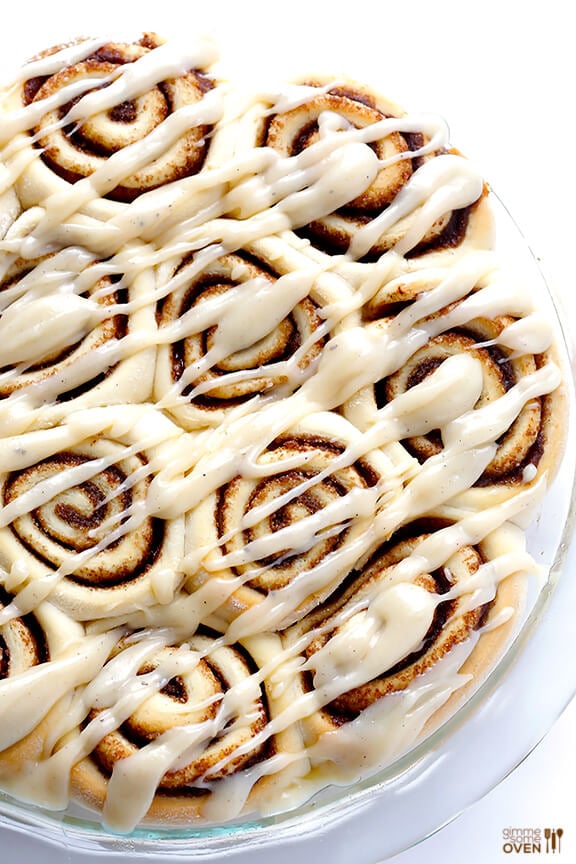 Brown butter makes all the difference in this delicious (and quick!) Brown Butter Cinnamon Roll recipe.

To Make The Brown Butter:

To Make The Dough & Filling:

**If you do not have an electric stand mixer with a dough attachment, you can simply stir the ingredients together, and then knead by hand for 5-7 minutes. 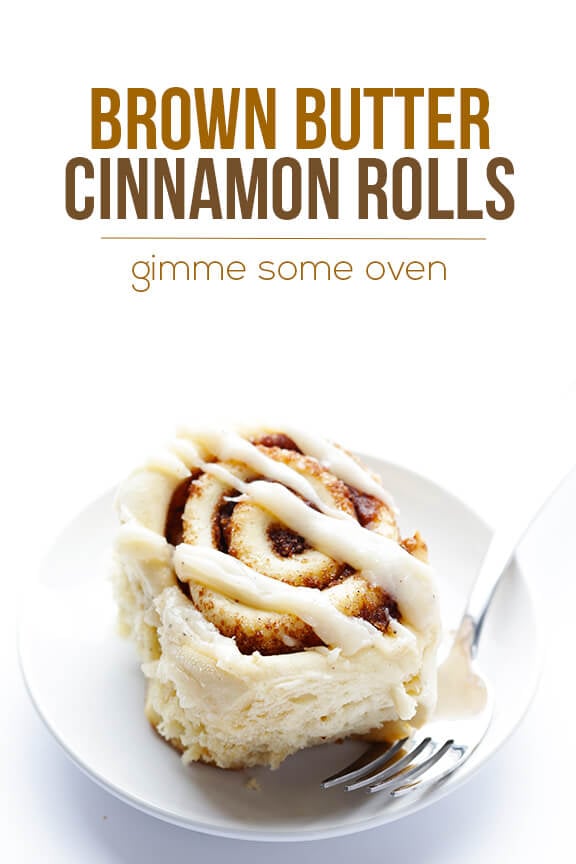 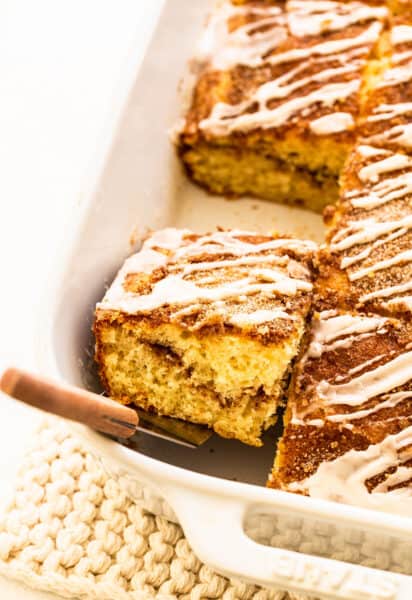 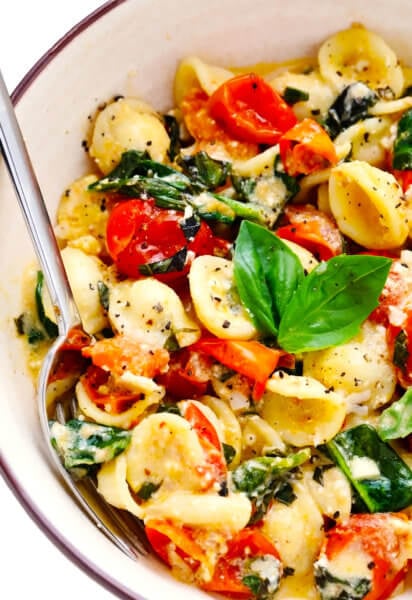