Nine Docs to Watch from the True/False Film Festival 2014

I’ve been to about six different film festivals in my life so far, and the documentary-driven True/False Film Fest—held the last weekend in February in Columbia, Missouri—is far and away my absolute favorite. (Sorry, Sundance; it’s me, not you.) Even though the fest has my nostalgia (it’s held on the campus of my alma mater) and loyalty (my day-job employer sponsors the fest) working in its favor, plenty of other people agree that it’s pretty fantastic. And I find it hard to imagine any other future festival-going experience will ever take its place. Why?

So here are some documentaries to watch from the fest. (Note that Oscar-winner 20 Feet from Stardom  played at T/F last year. Along with all but one of the other nominees.) 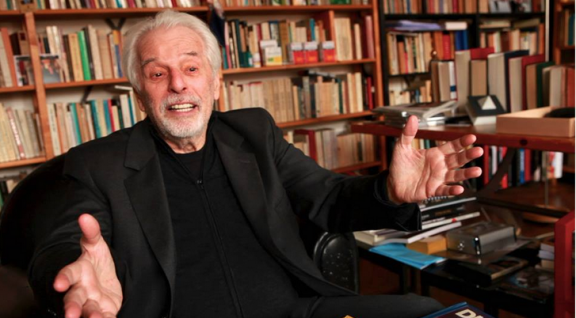 Directed by Frank Pavich. In the 1970s, art film extraordinaire Alejandro Jodorowsky developed the sci-fi novel Dune for the screen. His epic version never went into production, but his vision and the team he brougth together influenced the future of cinema in multiple ways. Jorowosky’s Dune is a paradoxically inspiring story about failure. The film made me recommit to my own filmmaking dreams and had my fellow fest-goers quoting Jodorowsky to each other all weekend: “Where is your ambition?” “Try!” 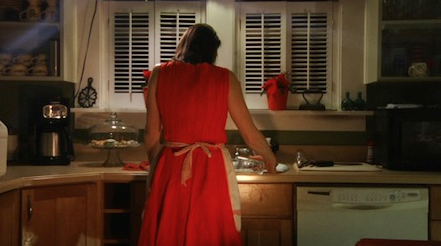 Directed by Robert Greene. This intimate portrayal of a used-to-be-professional-actress dealing with kids and a failing relationship is unerringly vulnerable. The film examines the everyday performances we give to get through less-than-perfect lives. Greene lets Brandy Burre’s life speak for itself, showing her courage and weaknesses in equal parts. Actress is fascinating and sparked lots of conversation afterward. 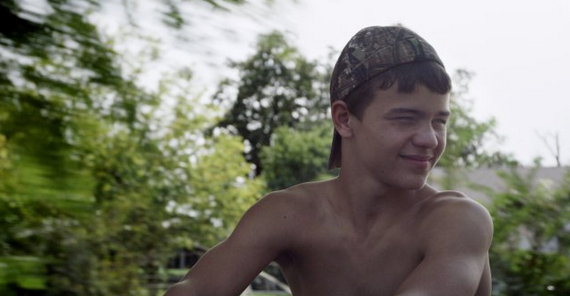 Directed by Andrew Droz Palermo and Tracy Droz Tragos. Rich Hill won the U.S. Documentary Grand Jury Prize at Sundance before screening at True/False, and it was heralded as a favorite by many T/F-goers as well. Palermo and Tragos tell the stories of Andrew, Appachey and Harley, three boys living literally on the wrong side of the tracks in the small town of Rich Hill, Missouri. Poverty, mental illness, child abuse, over-stressed schools, unemployment, prison—these aren’t issues to these boys. They’re life. Andrew, Appachey and Harley are remarkably open with the filmmakers—and us—sharing their darkest and brightest thoughts and moments. At the screening I attended, the audience gave a standing ovation to the subjects. Usually a signal of artistic achievement, here it was also a symbol of solidarity and affirmation for these young men.

Side note: It was great to see these kids running around Columbia during the fest, having fun. I really wanted to bear-hug them every time I saw them, which is a testament to good filmmaking—you feel like you actually know the subjects. (Don’t worry; I refrained.) 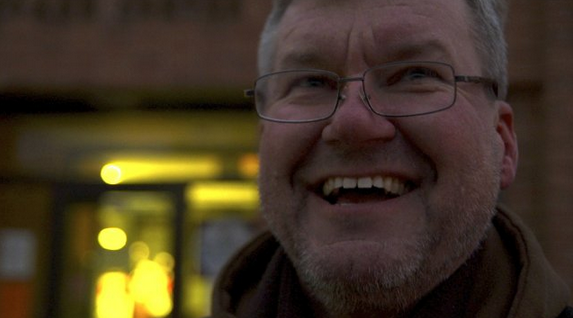 Directed by Jesse Moss. The Overnighters follows Pastor Jay Reinke as he runs an embattled homeless shelter out of his church. He welcomes migrant workers in Williston, North Dakota, with open arms, despite opposition from the city government and even some of his congregation. The Overnighters won a Sundance Special Jury Prize for Intuitive Filmmaking, most likely for the way Moss handled a late-in-the-story revelation that changed the course of the documentary—and Reinke’s life. A startling film about the complexities of faith-in-action, the boundaries of community, and being “broken,” as Reinke says we all are. 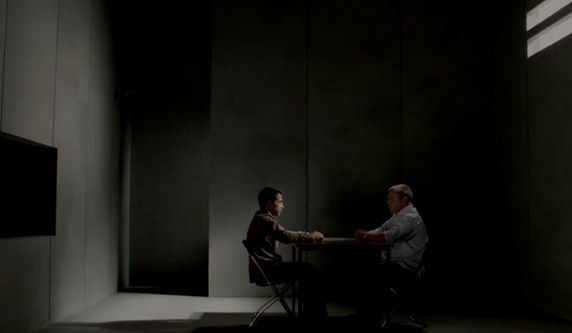 Directed by Nadav Schirman. The Green Prince has a plot like a thriller and much more heart than I expected for a doc about Israeli/Palestinian spy-craft. Schirman uses interviews, archival footage and recreations to tell the story of Mosab, the son of a Hammas leader, and his Shin Bet handler, Gonen. You read that right: Mosab agrees to work for the Israeli internal security service after becoming disillusioned by Hammas violence. But Mosab and Gonen’s relationship is anything but easy. The film humanizes a very complex conflict and posits that personal connection can trump political strife. It also won the Sundance Audience Award for World Cinema Documentary. 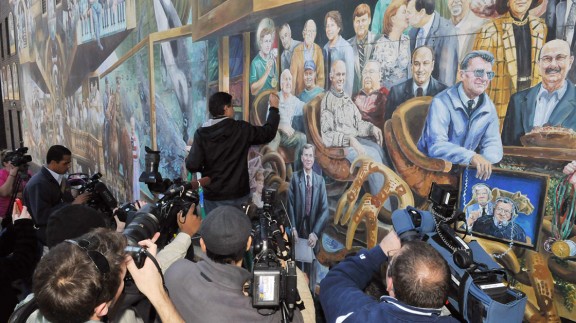 Directed by Amir Bar-Lev. The winner of this year’s True Vision Award, director Amir Bar-Lev brought a new perspective to the Sandusky trial fall-out in State College. Knowing that many different stories had already been told about the case, Bar-Lev decided that he wanted make a film about the part of the story that he could relate to: The way spectacle and hero-worship can keep us from seeing clearly. Happy Valley  asks us to look beyond whether Paterno, Penn State and the whole State College community were somehow complicit in Sandusky’s crimes and ask ourselves if we’re guilty of similar blind spots. Thought-provoking. 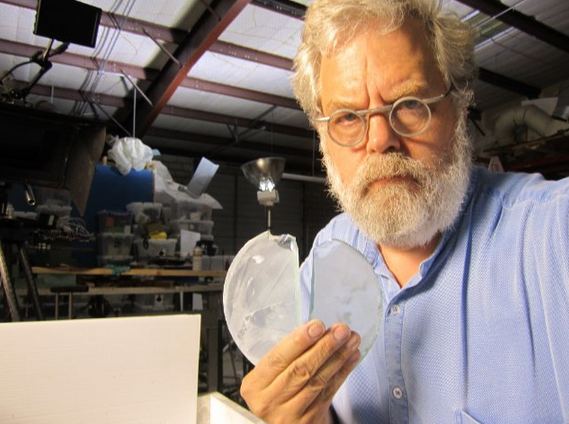 Directed by Teller. Produced by Penn Jillette.  Tim Jenison is a computer graphics expert, tinker-er, inventor and father. “I’m not a painter,” he insists. Yet he thinks he may have discovered how Vermeer created photo-realistic paintings in the 17th century. And he sets out to prove it, brush-stroke by painstaking brush-stroke. Tim’s Vermeer is an entertaining portrait of a man obsessed and an exploration of the (non-existant?) line between science and art. Caution: It will change the way you see Vermeer forever. (It’s appropriate that a fest with the theme of “Magical Realism” would host a film created by Penn & Teller, yes?) 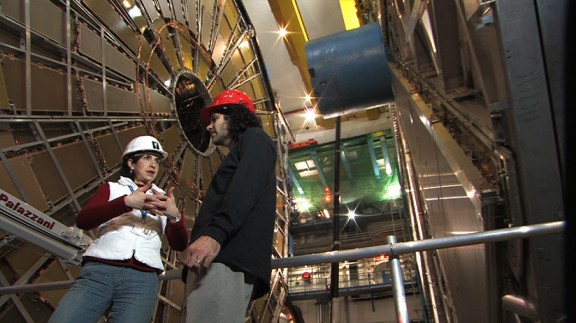 Directed by Mark Levinson. Particle Fever traces the human stories behind the Large Hadron Collider experiment. Levinson follows both experimental and theoretical physicists as they close in on the Higgs boson particle. I may have been experiencing festival fatigue by the time I saw this film because I found it frustrating while others raved about it. I wanted more science (I felt the filmmakers were worried their audiences might not be able to keep up and/or not care about the details) and fewer-but-deeper character stories. The scientists surveyed were interesting people, but there were just too many of them to be able to get to truly meaty emotions. That said, it’s worth watching for the thorough overview of the (probably) most important scientific achievement of our time.

Directed by Joe Callander. Challenging the international aid victim/savior trope at every turn, Life After Death is a deadpan look at the absurdities and paradoxes of developed-world/developing-world relationships. Kwasa is a young Rwandan man with American “parents”—sponsors with earnest intentions if not always the most informed cultural sensitivities. While Hollywood tends to turn philanthropists into rescuing heroes, Callander instead tells the story from Kwasa’s side, giving us a much richer, nuanced tale of international (mis)understanding. Even more remarkable because the unflinching film was in-part funded by some of those same American sponsors, Life After Death is hilarious, heartbreaking and hopeful.