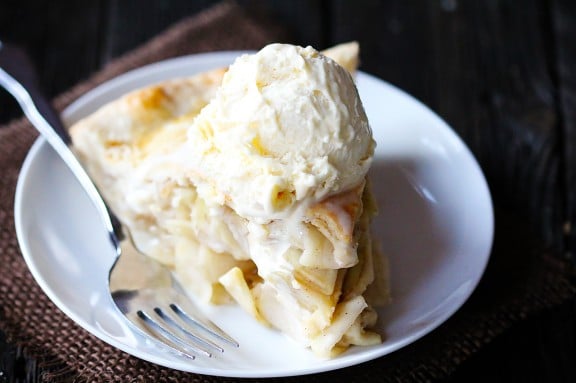 I am beyond excited that we are kicking off a giveaway today for a gorgeous Magimix 14-cup food processor. (It is valued at over $500, so be sure to enter the giveaway here!)

So to put my own new Magimix to use, I decided to make a classic apple pie from scratch, using the food processor for every step.  Now granted, people have been making apple pies since before the time of electricity. (Which – sidenote – it turns out that apple pie was actually the favorite dessert of Abraham Lincoln, who we’re talking about today on our Reads and Film sites in honor of the release of the film “Lincoln”!)  But I have to tell you, even in the twenty-first century, having a great food processor sure makes cooking much quicker and easier. Oy.

When I was in college, the annual fundraiser for our leadership department was to bake a few hundred (yes, hundred) apple pies to sell at the rockin’ bluegrass festival held in town each fall. People from all over the world flocked to this festival, and once they were there, they flocked to our pies. They were fantastic! But after four years of putting in my pie-making shifts — manning the apple-corer for 4 hours, or serving in the pie dough line, or getting in the occasional late-night food fight ;) — I was apple-pied-OUT. Seriously. It has been 8 years since I graduated college, and 8 years since I made an apple pie.

Until today. Just for you all. I thought it was time to break out my favorite recipe. But this time, instead of kneading the dough by hand, my Magimix whipped up my favorite all-butter pie crust in seconds. And then the handy grater thinly sliced all of my apples (can’t wait to use that attachment more). And then for the final touch, it whipped up some homemade whipped cream, with the press of a button.  Seriously, I’m pretty sure this machine is going to change my cooking life.

And the good news is that I still have my pie touch! So if you’re looking for a foolproof, classic apple pie recipe, I’m convinced this is the best apple pie recipe around. And with the help of a food processor now, I promise it won’t be 8 years before I make another one. ;) 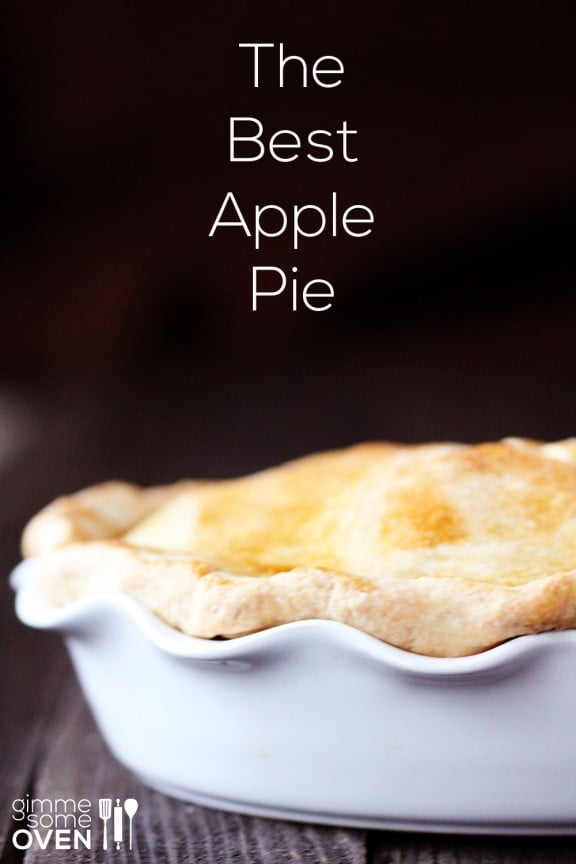 A simple and delicious recipe for “the best apple pie” — made almost entirely with a food processor!

Add the flour, sugar and salt to a food processor. Pulse a few times until well-blended. Scatter in the butter, and pulse 7-8 times to cut in the butter well. Remove lid and fluff the mixture with a fork to be sure that it is not sticking to the sides or bottom of the food processor. Drizzle half of the water over the dry ingredients, then pulse another 5-6 times until crumbly. Fluff the pastry again with a fork, then sprinkle on the remaining water. Pulse 5-6 more times until the pastry starts to form small clumps and looks crumbly. (If the dough completely balls up and sticks together around the center blade, you have pulsed too far!)

Transfer the dough to a large bowl, and use your hands to pack it into a ball, just like you would a snowball. Separate the dough into two pieces, with one just slightly larger than the other (to make the bottom of the pie crust). Knead each ball of dough a few times, then flatten to make perfectly round disks about 3/4-inch in thickness. Wrap each disc in plastic wrap and refrigerate for at least an hour before rolling.

Recipe somewhat adapted from The New Best Recipe and Pie. 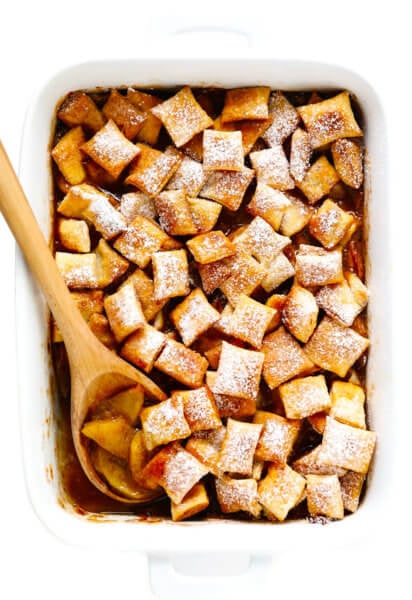