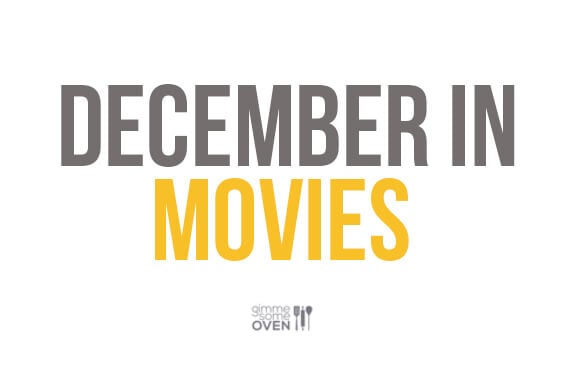 We’re hurtling toward the end of 2014, and you know what that means: All the big, heavy-hitting movies come out! In December, studios try to take advantage of holiday movie-going crowds and enter the Oscar race at the last minute. So that means we’ve got some watching to do.

Here’s a run-down of what to watch this month: 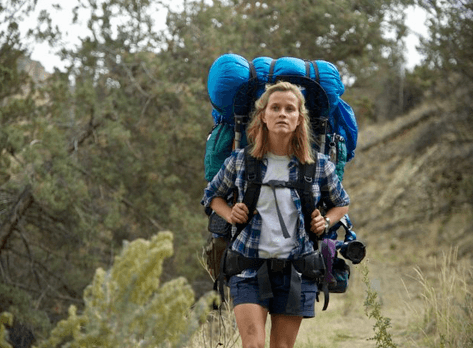 Directed by Jean-Marc Vallée. Written by Nick Hornby. Based on the book Wild: From Lost to Found on the Pacific Crest Trail by Cheryl Strayed. Starring Reese Witherspoon, Laura Dern, and Gaby Hoffman. Opens December 5.

What is it? “A chronicle of one woman’s 1,100-mile solo hike undertaken as a way to recover from a recent catastrophe.” – Imdb.com

Why should you see it? There’s a great team behind Wild: Jean-Marc Vallée had a critical hit with Dallas Buyers Club  last year. Screenwriter and novelist Nick Hornby (High Fidelity, About a Boy, Fever Pitch, A Long Way Down, etc.) is one of my favorite observers of human emotion. Wild book author Cheryl Strayed won awards from NPR  to Entertainment Weekly with her memoir. And Reese Witherspoon is on an indie run, taking interesting roles with interesting directors (Atom Egoyan, Philippe Falardeau, Jeff Nichols, Paul Thomas Anderson).

Who should you bring with you? Your friend who is always trying to get you out of the movie theater and on big outdoor adventures.

What is it? “In 1970, drug-fueled Los Angeles detective Larry ‘Doc’ Sportello investigates the disappearance of a former girlfriend.” – Imdb.com

Why should you see it? Because Paul Thomas Anderson has never made a boring movie. (See: Inherent Vice, The Master, There Will Be Blood, Punch-Drunk Love, Magnolia, Boogie Nights, Hard Eight.) I don’t expect Inherent Vice to be any different. Like ’em or hate ’em, you’ll at least be intrigued.  And you can play a competitive game with your watching buddies to see who can spot and name the most actors in this huge, star-studded cast! (Look closely for a Parenthood player.)

Who should you bring with you? Anybody who appreciates absurdity. 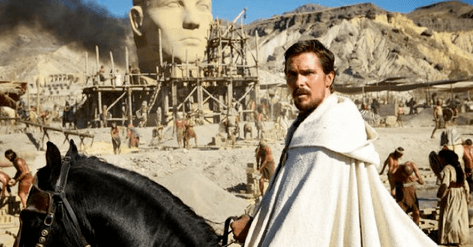 What is it? “The defiant leader Moses rises up against the Egyptian Pharaoh Ramses, setting 600,000 slaves on a monumental journey of escape from Egypt and its terrifying cycle of deadly plagues.” – Imdb.com

Why should you see it? Exodus: Gods and Kings  is spectacle. $140 million’s worth of spectacle from a director who knows how to make interesting blockbusters (Alien, Gladiator, Black Hawk Down). Even before opening, the film has caused controversy with its mostly white cast playing Egyptian and Middle Eastern Jewish characters. I don’t hold this type of film to historical accuracy; it’s more a case of a culture—big studio Hollywood—re-telling a compelling myth in their own image. (A practice that is as old as the Exodus story itself.) The larger problem is the way Hollywood is lagging behind the American population in terms of diversity. Why aren’t there any Middle Eastern or Egyptian actors who can green-light a big-budget film?

Who should you bring with you? Biblical scholars and cultural critics who can discuss the big issues afterward…and a little sibling or cousin to yell “Awesome!!!” at the action.

The Hobbit: The Battle of the Five Armies

What is it? “Bilbo and Company are forced to be engaged in a war against an array of combatants and keeping the terrifying Smaug from acquiring a kingdom of treasure and obliterating all of Middle-Earth.” – Imdb.com

Why should you see it? You’ve come this far. You can’t possibly stop now! The Battle of the Five Armies will end The Hobbit trilogy. We can only hope Jackson will now take on The Silmarillion.

Who should you bring with you? Your Tolkien friends who have been to every other Middle-Earth extravaganza at your side. 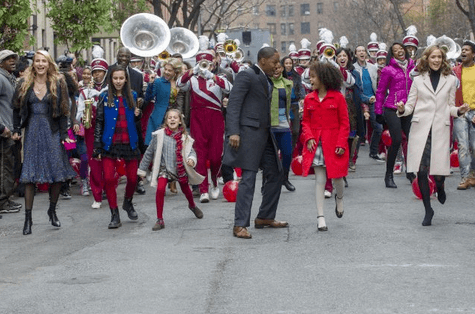 What is it? “Annie is a young, happy foster kid who’s also tough enough to make her way on the streets of New York in 2014.” – Imdb.com

Why should you see it? It stars Quvenzhané Wallis, the girl who charmed the cynical film world with her debut in Beasts of the Southern Wild two years ago. Plus, it’s Annie. Don’t you want to hear “It’s a Hard Knock Life” 21st-century-fied? I know I do.

Who should you bring with you? Musical lovers and anyone who had to listen to toddler-you belt out “Tomorrow” in the grocery store. Looking at you, Mom and Meg. 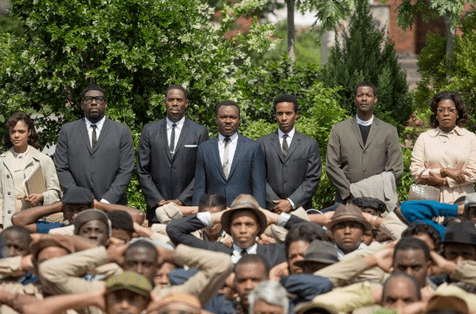 What is is? “Martin Luther King, Lyndon Baines Johnson and the civil rights marches that changed America.” – Imdb.com

Why should you see it? For one, it’s covering important American history that we could all stand to revisit and learn from, especially as the shooting in Ferguson laid completely bare the problems we still face. It’s also encouraging to see an award-winning female indie director helm a big, Oscar-buzzing historical drama. DuVernay got everyone’s attention with her sophomore feature The Middle of Nowhere in 2012, and she’s putting that momentum to powerful use with Selma.

Who should you bring with you? Everybody.

What is it? “A chronicle of the life of Louis Zamperini, an Olympic runner who was taken prisoner by Japanese forces during World War II.” – Imdb.com

Why should you see it? The story is one of the most incredible I’ve ever read. The book was hard to put down, and its intensity should translate well on-screen. Add to the amazing true-life plot a good director in Jolie, an interesting cast, and the Coen brothers to boot, and you’ve got a hard-to-beat film.

Who should you bring with you? A member of the Greatest Generation, so you can hear their real-life stories afterward, too. 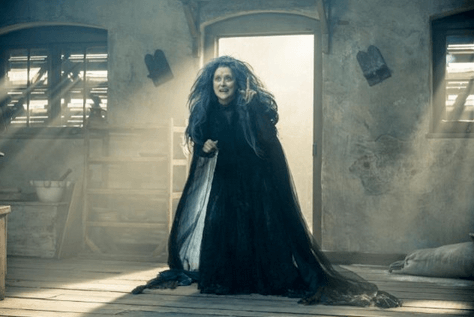 What is it? “A witch conspires to teach important lessons to various characters of popular children’s stories including Little Red Riding Hood, Cinderella, Jack and the Beanstalk and Rapunzel.” – Imdb.com

Why should you see it? This witty (and sometimes wicked) musical take on fairytales has been a hit since it opened on Broadway in 1987. In the sure hands of Marshall (Chicago, Nine) and a stellar cast (Meryl!), it should make for fun holiday viewing.

Who should you bring with you? Those die-hard musical lovers. (Leave the action aficionados behind.) 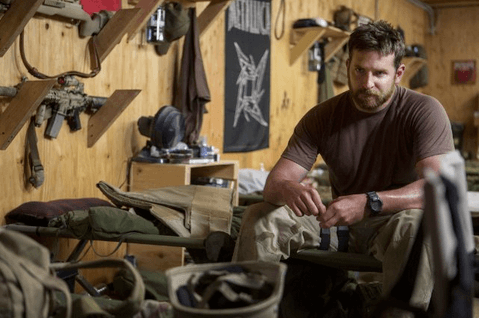 What is it? “A Navy S.E.A.L. recounts his military career, which includes more than 150 confirmed kills.” – Imdb.com

Why should you see it? Eastwood is a spare, sober director (Gran Torino, Million Dollar Baby, Unforgiven, Letters from Iwo Jima) unafraid at looking complex issues right in the eyes. If the movie plays out like the trailer, expect American Sniper to address the moral weight of being named “the most lethal sniper in U.S. history.” I’m curious to see Bradley Cooper in this role. I’ve liked him in conflicted characters before (A Place Beyond the Pines), but he hasn’t completely won my trust as a dramatic leading man yet. Hoping for good things.

Who should you bring with you? Action-genre watchers who also like to think. 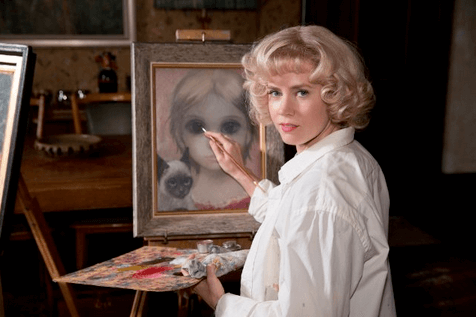 What is it? “A drama centered on the awakening of the painter Margaret Keane, her phenomenal success in the 1950s, and the subsequent legal difficulties she had with her husband, who claimed credit for her works in the 1960s.” – Imdb.com

Why should you see it? Tim Burton! Amy Adams! Christoph Waltz! A truth-is-weirder-than-fiction story! Creepy paintings of children with big eyes! What more can you want, really? What more can you possibly want?

Who should you bring with you? Aspiring painters and fans of Burton’s peculiar aesthetic.

What’s your must-see movie this month?

3 comments on “December in Movies”